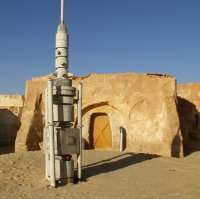 Our Tatooine: Outer Rim Tour is our comprehensive itinerary of the planet Tatooine. See Anakin’s slave quarters and the desert where he escaped from Darth Maul in Episode I: The Phantom Menace to Luke Skywalker’s childhood home and Obi-Wan Kenobi’s exile house in Episode IV: A New Hope.

“Someday I will be the most powerful Jedi ever.” – Anakin

Day one
Arrival in Tunis – Sousse

Arrive at Tunis/Carthage International spaceport and you will be met by your driver to be transferred to the beautiful coastal town of Sousse. Dinner will be at the hotel.

Morning departure for El Jem. The Roman Coliseum in this city is one of the best-preserved in the world. It was constructed between 230 and 238 AD and is believed to at one time have hosted between 30,000 to 45,000 spectators. Take time exploring this enormous structure and do not forget to go down to the rooms where gladiators awaited their upcoming battle. There is a museum in the town that hosts a plethora of mosaics.

Once you are ready, travel to Djerba for dinner and overnight stay.

Begin your Djerba island tour with morning visits to the Star Wars film locations. Your first visits will be at the coastal town of Ajim. Here you will visit the exterior of the Cantina. The film location of the Millennium Falcon blasting off from Mos Eisley is located in the area next to the Cantina. Continue along the coastal road to Sidi Jamour and stop at Obi-Wan Kenobi’s home where he lived during his exile. The building is now used as a fishing shack and is set against the turquoise Sea. Continue down the road until you reach the picturesque location of Sidi Jamour, which was used to depict the Anchorhead and Tosche Station in the deleted scenes. The special edition of A New Hope also includes scenes from this location.

In the afternoon, take a tour of Djerba Island visiting the famous pottery town of Guellela, Ghriba Synagogue (oldest Synagogue in North Africa), and Houmt Souk. Dinner will be at the hotel.

Today will be an early start with a full day of site visits and travel. Begin the day by traveling over the Roman causeway connecting Djerba Island to the mainland. Your first stop will be Medenine, to begin the visits of the Slave Quarters Row, and where Anakin and Shmi lived. Continue to Ksar Ouled Soltane, the best-preserved Ksar in southern Tunisia.  You will then head to Tatouine and although the movie was not filmed in this city, it was the inspiration for the name of the desert planet in the Star Wars movies.

As of March 2022, Ksar Hadada is close indefinitely. It was used as part of the Slave Quarters in Episode I and will return to this itinerary as soon as it re-opens for visitors. You will travel to Matmata for dinner and night. 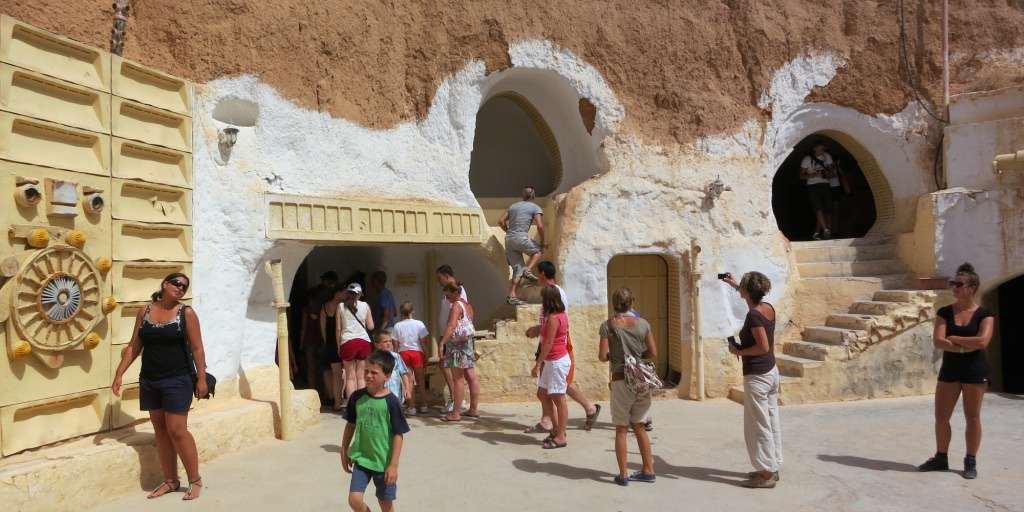 In the morning, take time at the Hotel Sidi Driss, which was used as the interior for Lars Homestead, the home of Luke Skywalker in 1976, A New Hope film. In 2002, the filmmakers returned to this set where the site was featured again in Attack of the Clones.

Continue across Chott El Jerid to Sidi Bouhlel and travel to ‘Star Wars canyon’ where 9 scenes were filmed including: when the Jawas were attacked and buried, Jawa Rock and the scenes of the Tusken Raiders. When you have completed your visits, continue to Tozeur or Nefta for dinner and night.

After breakfast, visit the Dune Sea, the Krayt Dragon Ridge and the location of the igloo of Lars Family Homestead exterior on the Chott El Jerid. The location was also used in Attack of the Clones and the final shot of Revenge of the Sith.

Return back to Nefta and travel to the Mos Espa film site beautifully located amongst the Sahara dunes. Here you will find the Pod-racing arena, the Mos Espa streets, Watto’s shop, market, and Sebulba’s Café. East of the set you will find the Yardangs, where the Jedi fight between Qui-Gon and Darth Maul in Episode I was filmed. It was also the location of the Queen’s Royal Starship.

Close by is Ong Jemel ‘the neck of the camel’ where Darth Maul arrives on Tatooine and releases the Sith Probes. After finding Anakin and Qui-Gon, Darth Maul is seen flying over the cliffs. Return back to Tozeur for dinner and night. 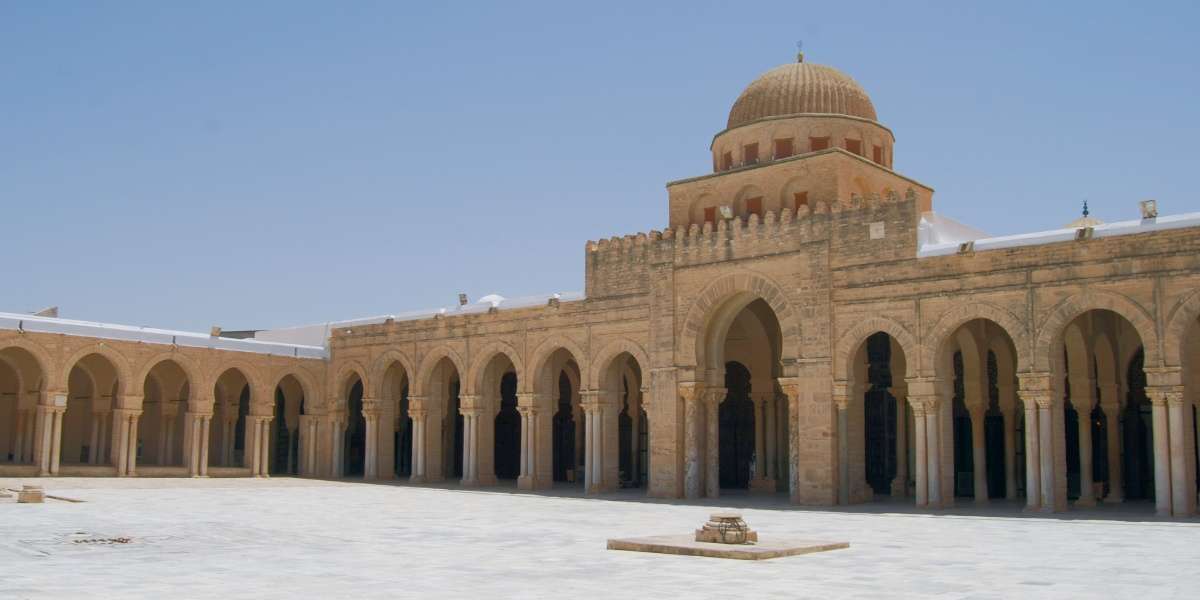 This morning, we will travel to the historic city of Kairouan to visit the grand mosque Okba Ibn Nafaa which was established in 670 AD. You will also visit the mausoleum of the Berber companion of Mohammed, and the Aghlabid pool.

Afterwards, you may be interested in a visit to a carpet-making workshop where you can observe, admire, and learn about this incredible artisan work. There is an ancient medina with winding streets, which make for a nice place to have lunch. When you have completed your visits, travel to the coastal city of Hammamet. Dinner will be at the hotel.

Depending on your departure flight schedule, you may enjoy a guided tour of the Tunis medina, which is a UNESCO World Heritage Site since 1979. The famous Zitouna Mosque, spice market, and the gold souk (market) are sites you don’t want to miss. Spend time walking around and enjoy learning about the rich history in the Tunis medina before being transferred to the Tunis/Carthage International spaceport for your departure flight. 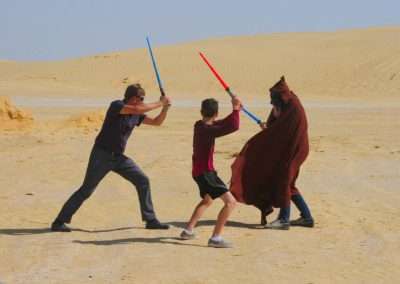 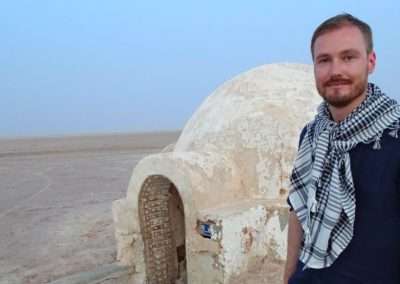 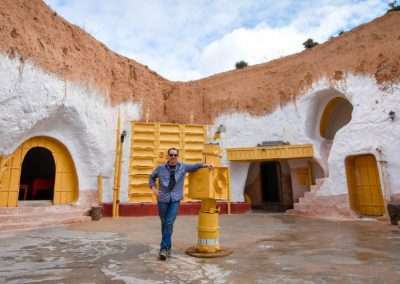 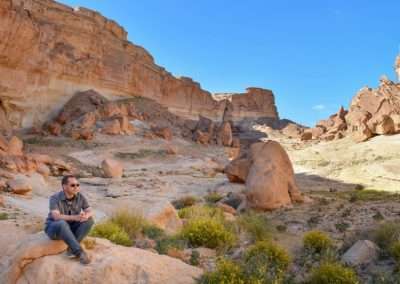 Get Your FREE quote!

Included in Your Tour