So you’re pumped to visit Tunisia on a Star Wars tour, but you’re not so certain your spouse, boyfriend/girlfriend or travel partner is convinced. Don’t worry – we got your back! Here are 6 ways to convince your significant other to travel with you on a Star Wars tour.

While it’s true that a Star Wars tour is obviously focused on visiting all the Star Wars film locations throughout Tunisia, many of these sites are actual historical or cultural sites in Tunisia. These sites are well worth the visit even without their Star Wars connection. Our English-speaking tour guides will not only show the exact film location, but they’re also ready to explain the history and culture at each of these sites. Here are just a few examples:

The Lars Homestead interior (Luke Skywalker’s home) is actually a Berber troglodyte home in Matmata that has been built into the ground which allows the home to create its own natural air conditioning. From the ground surface, you can peer down into these homes like what Luke Skywalker did in the movie and you will see a large open courtyard in the center. There are rooms cut into the ground like a mini cave where the Berbers would live in. Even if you are not interested in Star Wars, you’ll appreciate the uniqueness of the landscape and house architecture in Matmata. You can even spend the night at Hotel Sidi Idriss which was the actual Star Wars film location, as well as other troglodyte hotels in Matmata or in nearby Tamezret.

A Ksar (or Ksour in plural form) is an ancient fortified granary that was once used for food storage. The legendary Director George Lucas selected a few of these ksour in Southern Tunisia as the film locations in his Star Wars movies. Star Wars aside, these Ksour are well worth the visit for their significant historic and cultural values.

Although Sidi Bouhlel is famously known as “Star Wars Canyon”, other popular films such as Indiana Jones Raiders of the Lost Ark and The English Patient were also filmed there. Even if you are not a fan of these films, Sidi Bouhlel is a beautiful canyon that you will enjoy walking through for its dramatic rock formation and scenery.

2. Enjoy Together Time on the Beach

Our Star Wars tours typically include visits to the coastal cities of Sousse, Hammamet and the island of Djerba. You can stay in a luxurious seaside hotel conveniently located by the Mediterranean Sea or spend the night at a boutique guesthouse (we recommend Dar Dhiafa). When you’re ready to explore the Star Wars film locations in Djerba, your travel partner can choose either to go with you or to spend the day being pampered at the hotel and lounge by the sea sipping on a glass of mojito. That’s a win-win scenario!

3. Prepare for Adventures in the Sahara

Many of the Star Wars film locations are filmed in the Sahara Desert and surrounding regions. You may want to add an additional day to your tour to fully experience the beauty and magic of the Sahara Desert. You can traverse through the Sahara dunes on a camel ride or organize a quad trip. Watch the beautiful sunset from the dunes and stargaze at nighttime. There are various types of accommodations to choose from including luxury tented encampments, traditional Berber tents, or basic hotels.

Customize your Star Wars tour with attractions and activities that your significant other enjoy. How about a cooking lesson in Tunis? Or hiking in the mountain canyons of Chebika, Tamezret and Mides? Or a camel trek in the Sahara? Or a full day of lounging at a luxury seaside resort? Or visiting any or all of the UNESCO World Heritage Sites in Tunisia?

5. Extend Your Layover Into a Mini Vacation

There are many travel hacks and much travel advice on how to extend your layover stop into a a mini-vacation. Some airlines even offer free extended stopovers on the way to many popular destinations. If you are traveling to Tunisia from US or Canada, then you will likely have a layover in France, Germany or another European destination. Consider spending a few days at your layover destination and turning it into a romantic getaway in France. Plan properly and you’ll have an unforgettable Star Wars vacation plus a bonus mini-vacation.

6. Deciding on a Star Wars Tour Together

Your significant other will react more favourably toward a Star Wars tour if you can include him/her into the decision making process. If you really want your significant other to buy into the idea of a Star Wars tour, then you’ll need to increase his/her confidence in choosing Tunisia as a travel destination. Our Mosaic North Africa website has a library of blog posts about Tunisia destinations. Our Tunisia travel experts are ready to respond within 24 hours to any questions you may have. They are also ready to help you plan your Tunisia tour so you can enjoy a hassle-free trip. Read through our Customer Reviews to see what other travelers have to say about their Star Wars tours or other private tours with us. When it comes to discussing finances, we can adjust your tour itinerary with 3-star, 4-star, 5-star and luxury accommodations to meet your travel and budget preferences.

Book a Star Wars Tour With Your Significant Other

If you’re ready to take the next step, contact one of our Tunisia Travel Experts today to start planning your Star Wars tour. 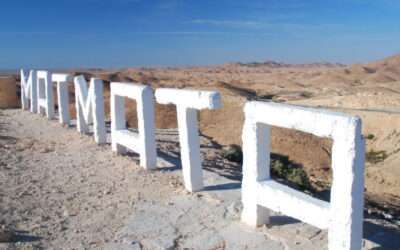 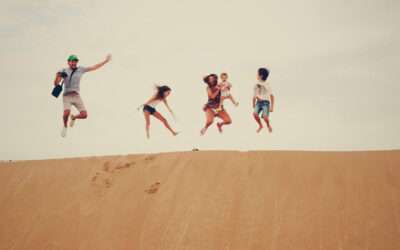 Are you looking for a family-friendly holiday in Tunisia? Tunisia has many fun and interesting... 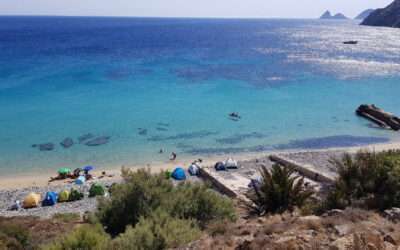 Jalta Island Jalta Island is one of the many places to visit in Tunisia. Tunisia is full of unique...